Spawn 112512 - Thanksgiving
Spawn 020114
This wins the prize for the most interesting spawn to date!
My main goals for this spawn are intense yellow and red color. Both parents are almost entirely lacking in iridescence, and the male is a particularly intense red (almost orange). He is light-bodied, combodian based red, but the coverage throughout his fins and body is fully saturated. He has a nice show plakat form, although his anal point could be sharper and longer to balance out the length of his ventrals (which are nice and full). The outer rays of his caudal would ideally be longer and straighter. His one color flaw is that he has two little spots of yellow - this fact has actually kept him out of the class winning place in a couple of competitions, and I really hope that it doesn't pass to his offspring. The female is so large that we named her "Big Mama" (alternatively, "Whale"). She was a consistent winner in the female traditional PK class and has several BOV in her name (including at convention!). She has lovely primary ray branching in the caudal with minimal gaps between her balanced unpaired fins. Her dark-bodied red has minimal black scaling, and is without a doubt the best female out of this spawn.
I decided to take a bold move and switched the frantic male with this foster male in the spawning tank. I also carefully transferred his nest. The male had the best look on this face - it was as if he couldn't believe someone had left all those eggs lying around! He immediately started picking up all the eggs, even the ones in the corners. Although most of the eggs presumably died somewhere in their development, the male cared for the surviving eggs and managed to get about 20 fry through to free-swimming.
Once the fry from the first spawn were free-swimming, I re-introduced the pair to the spawn tank, leaving the foster dad's nest in with them. The red male commandeered the nest and they spawned within 48 hours. I was able to get some really nice pics from this second spawn! 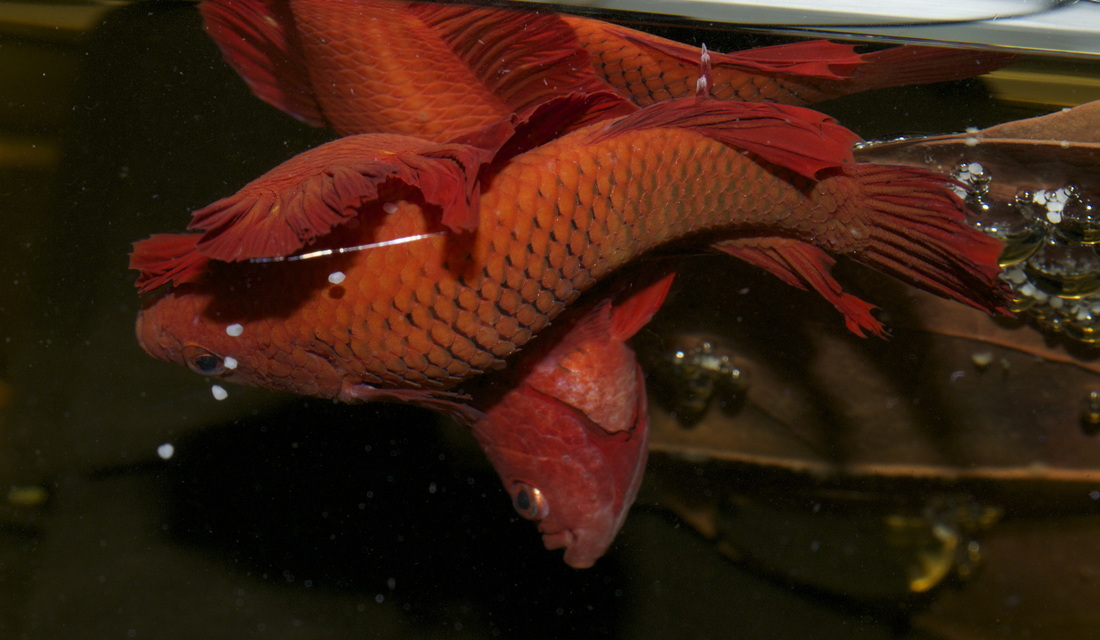 He sees those eggs! 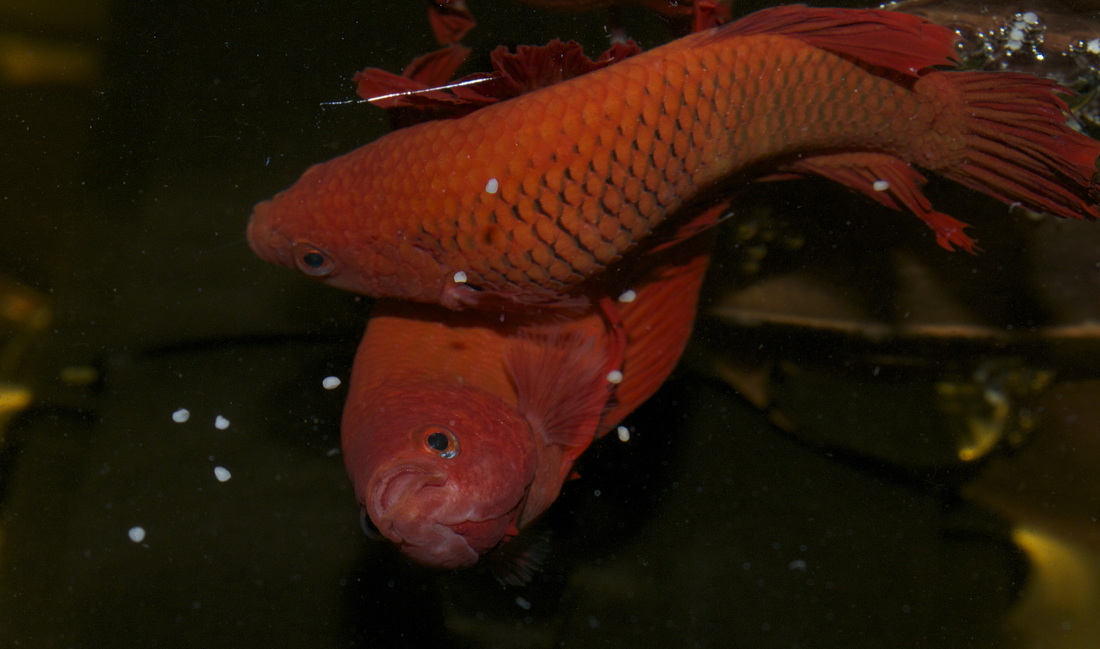 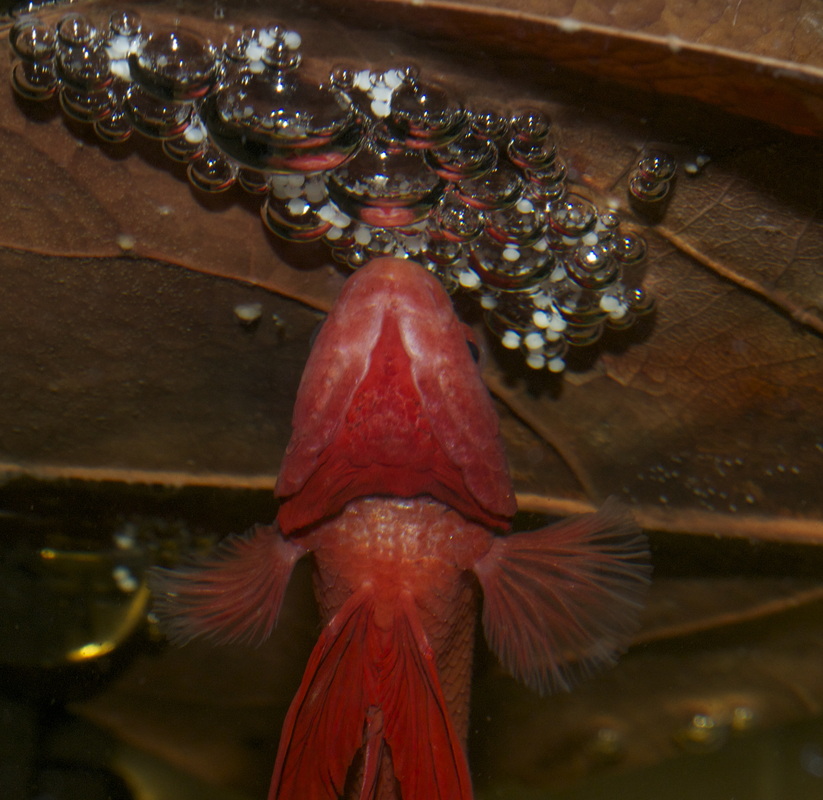 World's crappiest bubblenest lol
The male seemed to take care of the eggs much better the second time around. He was extremely attentive, but again, by the second day, the nest had disintegrated and he was spitting them all around the tank. I immediately switched him with the foster dad, who managed to save most of the spawn.
The fry were free-swimming as of today, and there seems to be quite a lot! Very excited for the outcome of this spawn :)