Spawn CTPK form 042014
Spawn CTPK form 020815
Jamie had told me that his fish carried DT, and I am really hoping that I can get the offspring with nice broad dorsals. I have high hopes because the female has a pretty broad dorsal. I was less than happy with the caudal spread, red wash/marble/uneven metallic coverage in both of these fish, and their bodies are a little weak, but the webbing reduction is excellent. Fingers crossed!

These guys were really hard to photograph, so forgive the odd angles. 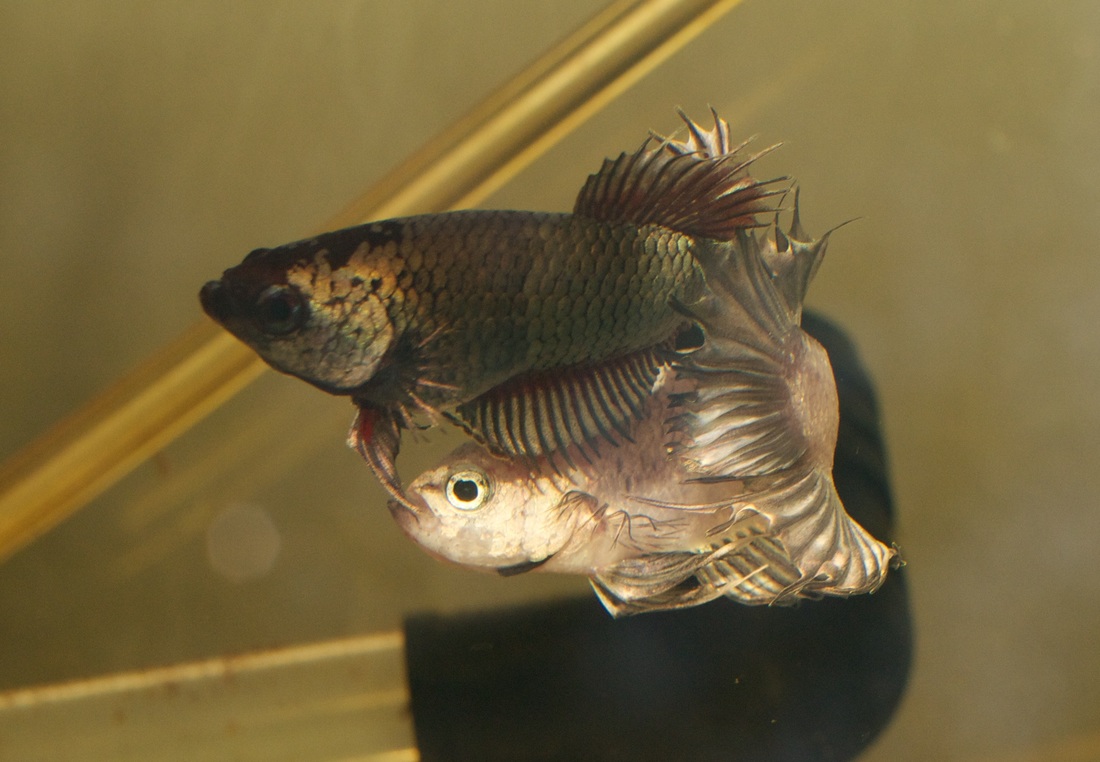 Update 072015
I have learned that I should NEVER make any snap judgements on my fish until they are at least 6 months or older! Especially since my fish have a tendency to turn from female to male...100% of the jarred fish from this spawn are male so far. I am really crossing my fingers that I get females in the 5 that are left in the grow out! I also gave the parents to Dan Young, and hopefully he can get some nice offspring as well.

I am very surprised at the wide variety of forms in this spawn! I have a lot of different things to choose from. I will have to think about what priorities I need to focus on in the next generation. Some of these did not have ventral fins because I neglected them a little bit when they were younger. However it is not genetic. 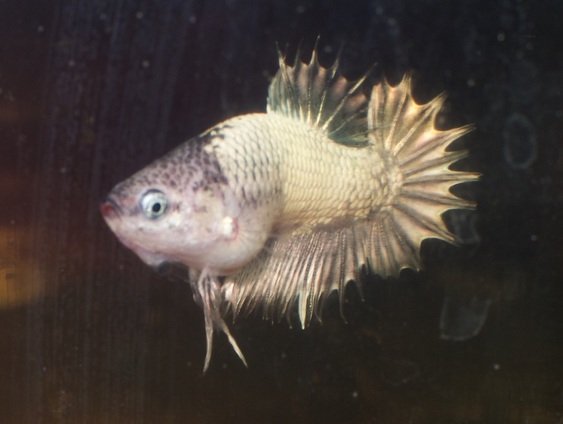 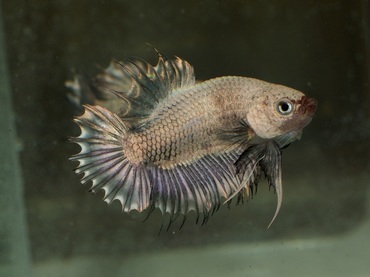 Another boy I really like :) Webbing could be better!
It is going to be extremely difficult to figure out who to spawn - I could go in almost any direction now. Broad dorsals? Better caudals? Webbing reduction? Symmetry? This is the beauty of spawning bettas though! The choices you make can really change the outcome of your lines!