With this cross, I hope that the thick caudal peduncle of the CTDT offsets the thin caudal peduncle of the RBOS female on the right. I hope that she passes on her sire's impressive webbing reduction and thick rays, and the CTDT will contribute his strong body and impressive finnage. Her caudal spread is only so-so, but one of her sisters had nearly 180 degree spread (although that one's topline was much worse). It is clear that the female carries red-loss, as she became a tru grizzle by the time convention rolled around. It will be interesting to cross this male to the right side of the genealogical chart, and see how the influence of the foundation male plays out when the two branches are crossed to the same male. This male is so excellent and so close to my goals that I must use him as often as possible.

Dad is taking marvelous care of the fry. Some of them have started to explore the tank, while others are still inhabiting the nest. Looks like a very large spawn! 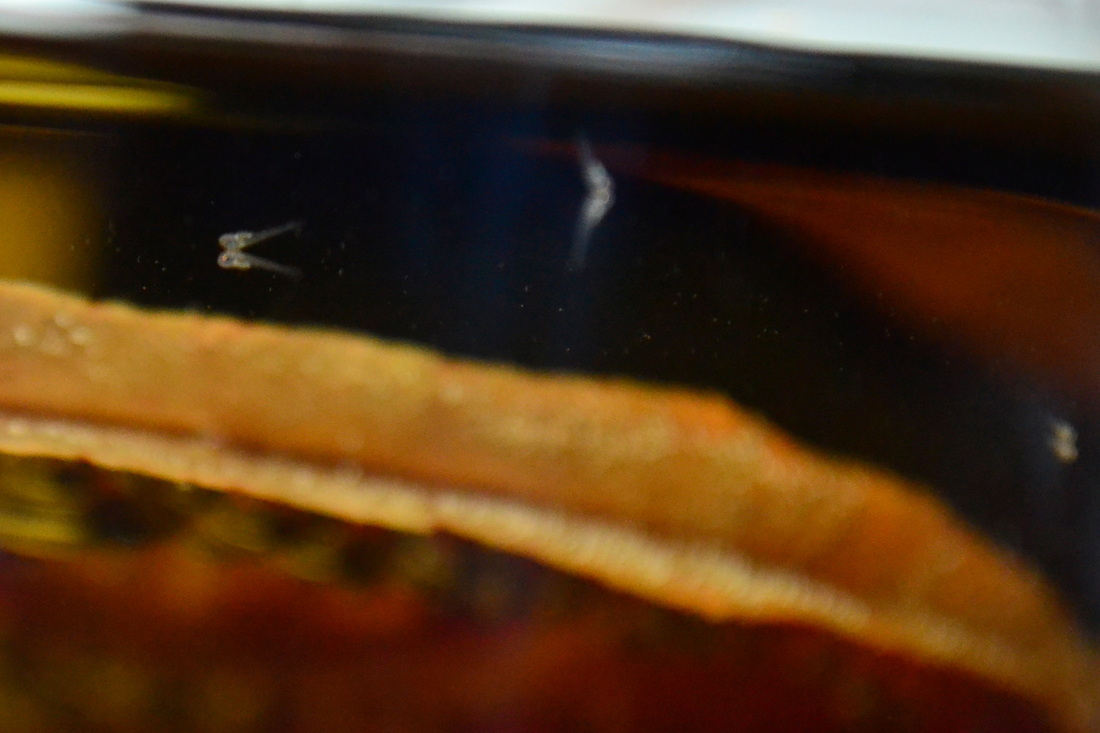 This spawn was discontinued due to extremely stunted growth, either to genetics or neglect, I cannot say :(

These fry never surpassed 1/2" in length, and some had horribly crooked bodies. I am beginning to wonder if too much DT is a bad thing, even if you consistently spawn with STs carrying DT.

For now, I am at a crossroads in the CTDT project. I may discontinue the right-hand side altogether!