Betta rubra are my favorite mouthbrooding bettas. They are strikingly beautiful and have goofy personalities similar to domestic splendens. I am excited to help spread this beautiful species to fellow hobbyists! 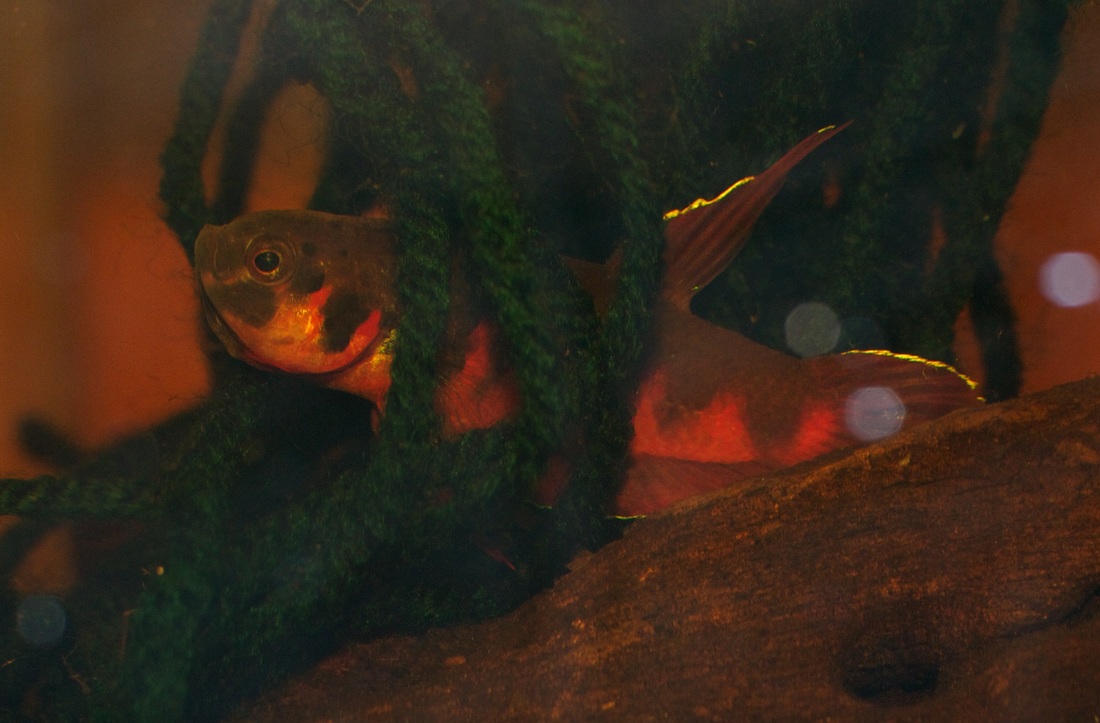 Look at those chubby cheeks
The male holds for between 10-17 days and then releases the very large fry. The fry are able to take BBS immediately and can cohabitate with the male for quite a long time. I raise the fry with the male and jar the female as if she were a domestic show betta, and she does just fine in there. I am planning on re-introducing the pair to one another after the fry are large enough to move into a grow-out tank.

I am playing with the idea of trying to house burdigala and rubra together in the 20 gallon, but I am a little nervous. The rubra seem to be very peaceful and I don't know how aggressive the burdigala are to other species. I am down to 3 males and 2 female burdigala in a 20 gallon, and even then there are damaging territorial battles. We'll see what happens when I put a few rubra in there with them.

I have decided to end my burdigala project in favor of expanding my rubras. I don't think it would be a good idea to  combine the two in a grow out, considering how aggressive the burdigala are. I constantly see fin damage in my burdigala, and although I love them (a lot!) I want to be able to focus on this species. 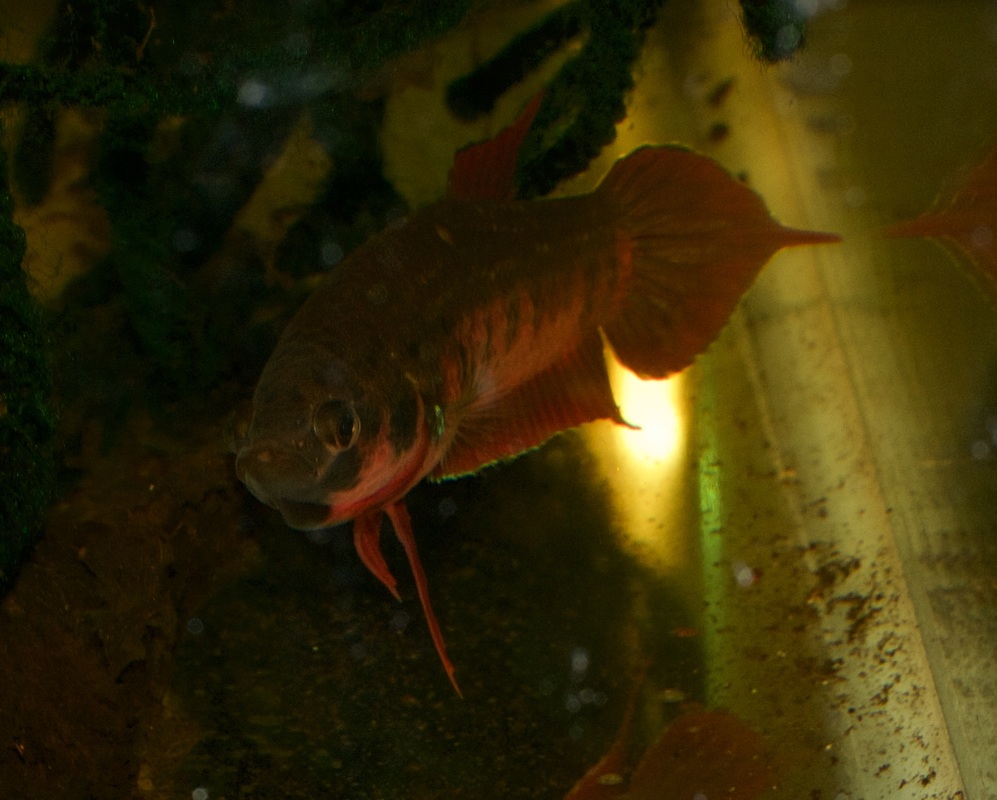 I especially love this particular strain of rubra because of the long extensions on all the fins (spade tail!) and also the hint of bright blue on the edges of his fins. Not to mention the red and black bars :)
Reintroducing the female
After clearing the 20 gallon grow out of the burdigala, I moved the juveniles the dad was living with into the larger tank. I think he breathed a sigh of relief! Then I added the female back in and they immediately spawned. Hopefully we see some fry in a couple of weeks :) 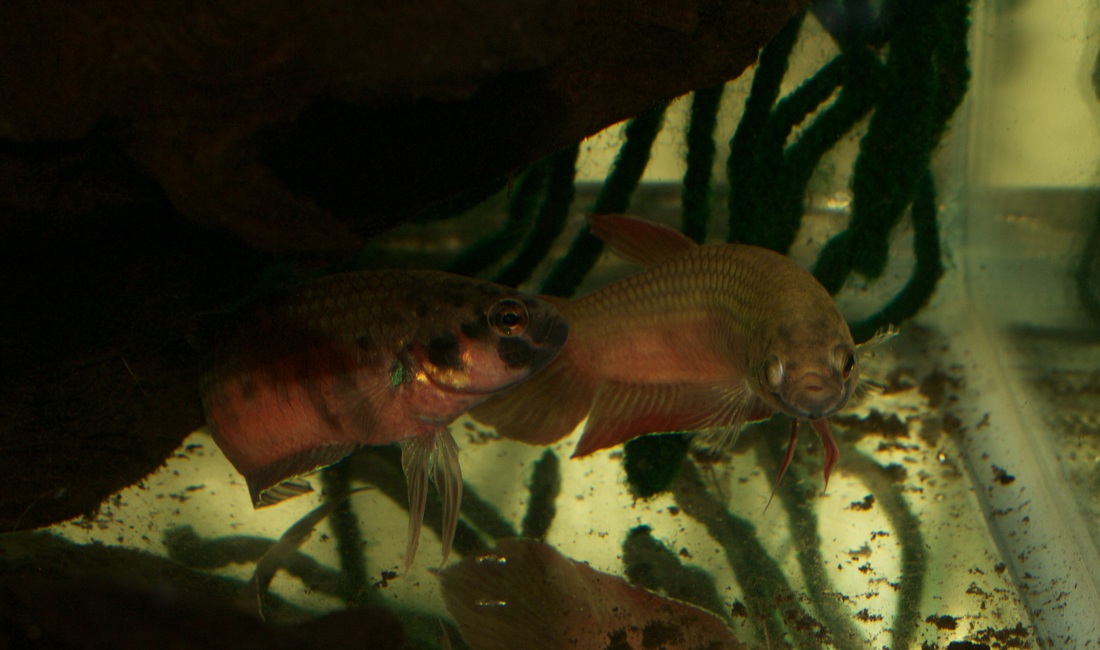 Reacquainting themselves with each other :) 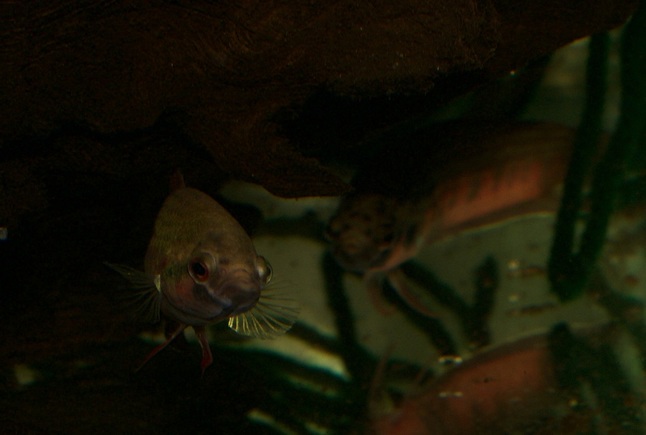