I love my male Blue Gularis! I have always wanted one, and he is growing into truly an impressive specimen. He is a little quirky in that he doesn't really like new people, and can be a bit of an idiot sometimes (indeed, his name is "Beautiful Idiot"). I call him this out of love and also because he doesn't seem to be able to find his chunks of tubifex unless they literally land right in front of his nose.
I purchased him from a fantastic breeder in Wisconsin. I  was so worried when he was lost in the postal system for over a week! However, he made it intact and soon grew into a monster of a killifish (almost 13cm or about 5 inches right now). I originally bought him to help cull fry, but unfortunately he is quite bad at it. Nevertheless, I love keeping him around. He is incredibly colorful and sometimes I can get him to flare at himself in a mirror. I maintain him in a 20 gallon tank at room temperature (about 22C or 72F degrees) filled with driftwood that has a huge pothos vine growing out of it. The roots give a lot of cover and look really cool. 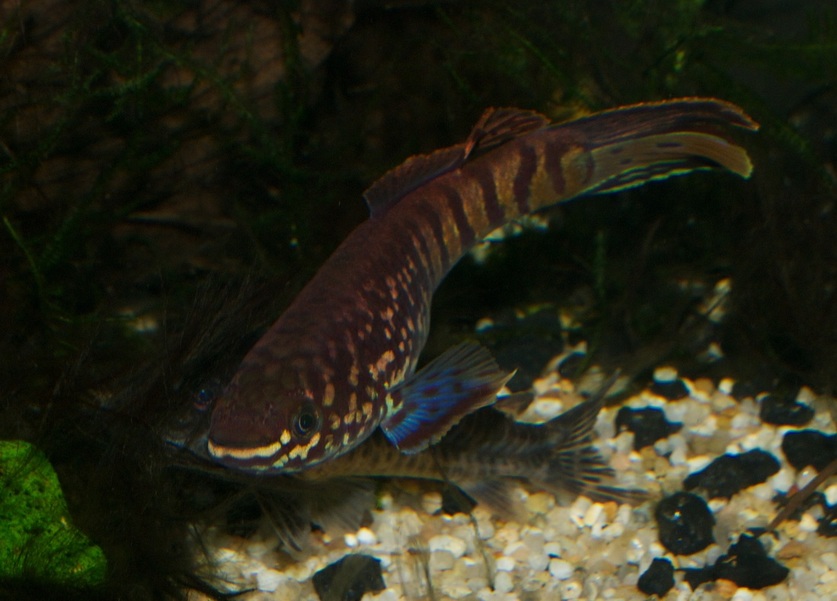 He likes to try and spawn with the poor salt and pepper corydoras in this tank. They seem to be tolerant of him now and just ignore him when he tries!
The first and only time that I screamed fishkeeping was when I was cleaning his tank. He did not appreciate the water level dropping, and he actually jumped about 2 feet straight into my face! Fortunately he fell back in the tank and didn't suffer any damage, but he certainly scared the hell out of me.

Overall, these large killfish aren't great culling machines, but they are wonderful to keep. They are huge, colorful, and have a lot of personality. I highly recommend them! 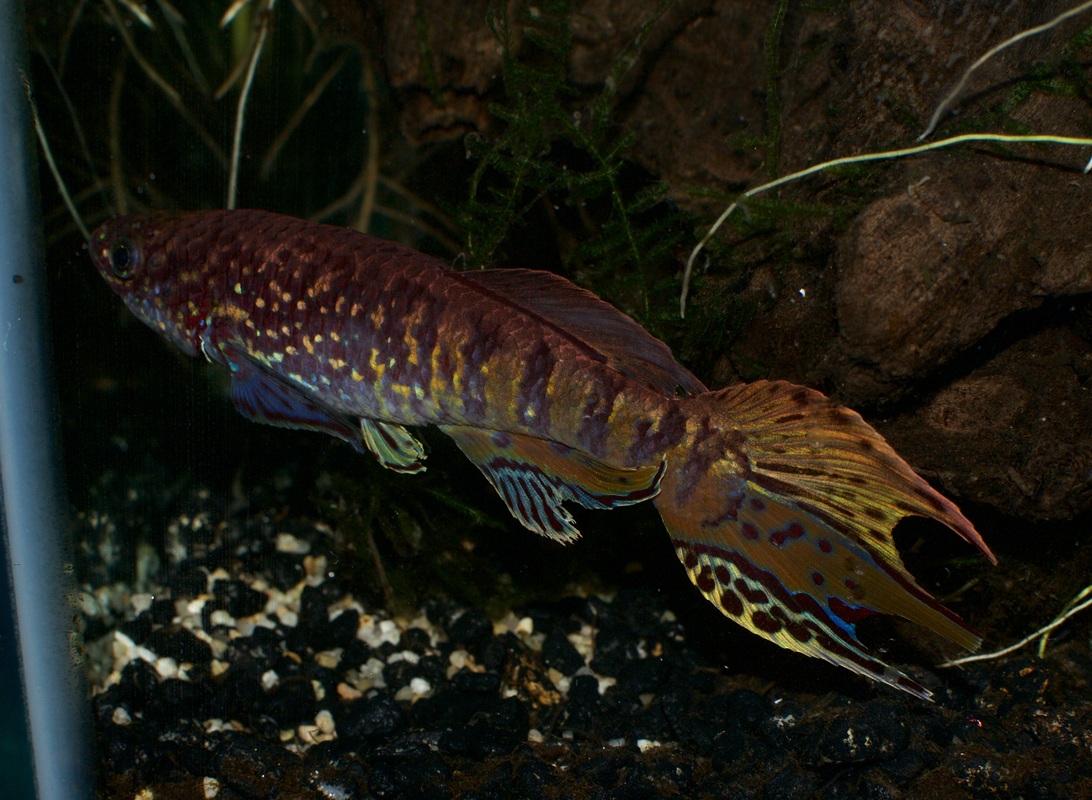 That trident tail is getting really long!
Update: These killifish really ARE killers! He went on a rampage one night and killed all three salt and pepper corydoras he was rooming with...and those are large armored catfish! I would not keep anything with a blue gularis that you want to live!